Building Back Better: Three Ways A Biden Administration Can Reinvigorate The Economy By Supporting Entrepreneurs

Congratulations to President-elect Biden and Vice President-elect Harris on the outcome of the recent election. The historic turnout was validation that democracy works best when everyone participates – and I’m personally so delighted and inspired by the election of the first woman, Black woman and person of South Asian heritage as the Vice President of the United States.

Every four years, there is a post-mortem on where there are divisions and commonalities – and there is no doubt that in many ways we are a nation divided. As the new Administration moves into the White House, they are dealing with challenges on so many fronts: a public health crisis and ongoing pandemic, continued racial injustice and divisions, a slew of broken systems with a lot of disagreement about how (and whether) to fix them.

But we know there is one area that has the potential to unite people of different political persuasions: the economy. And central to the beating heart of the economy are entrepreneurs. Entrepreneurs create a large portion of net new jobs in America, and they can help revive entire cities – just look at Austin or Denver, or some of the exciting innovation coming out of cities like Detroit.

But according to the Economic Innovation Group, since 2008, more businesses have closed their doors in America than have opened them. We need to revive entrepreneurship in America, and we need to make sure that they are from more places, representing more people, solving more problems.

The Biden team campaigned on the idea of "building back better”, and there is tremendous opportunity for this new administration to play a critical role in building pathways to success for entrepreneurs – particularly entrepreneurs of color and founders from smaller communities who don’t get the support they need. Here are three things we believe the Biden-Harris administration can do to reduce barriers for all founders to get their companies off the ground.

Reduce barriers to starting a business. The Kauffman Foundation estimates that it takes $30,000 to start a business in the United States. That’s simply out of reach for most Americans, and many of the founders who do succeed are able to tap into friends and family networks to get the funding to cover their startup costs. Those who don’t have access to wealthy friends or family are often left on the sidelines.

Drive capital to startups between the coasts. Most investors in the United States work and live in a few cities on the coasts, and they invest accordingly: roughly 75% of venture capital in the country flows to New York, Massachusetts and California. We can’t let these states monopolize innovation. President Biden should look into Senator Amy Klobuchar’s New Business Preservation Act, which would create a federal-state partnership that allocates $2 billion in federal funds to states on the basis of their populations. States would be able to use this money to attract venture capital investment by promising to match those investments one-to-one.

Promote impact investing in the US. Impact investing has grown significantly as a field since the Obama administration launched a one billion dollar impact investing program at the end of his second term. According to the Global Impact Investing Network, there are now more than $500 billion of impact assets under management. The COVID-19 pandemic has only spurred interest in the field: by July 2020, inflows into sustainable funds reached the same levels as all of 2019.

The Biden Administration can help further drive impact investing by reinstating President Obama’s executive Office of Social Innovation and Civic Participation, which previously played a critical role in accelerating the growth of impact investing in the US and encouraging collaboration between the government, social and corporate sectors to deliver better outcomes on social issues. By creating an environment to encourage more investors, businesses, foundations and entrepreneurs to embrace an approach that emphasizes both financial and social returns, President-elect Biden’s administration can provide the leadership necessary to help further the gains impact investing has made. 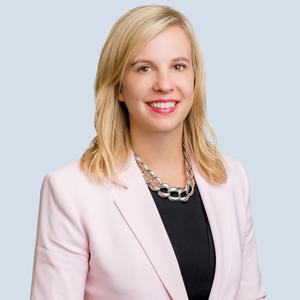