Data is increasingly the fuel that makes our economy run. The world produces 2.5 quintillion bytes of raw data a day, and more of it every year.

One of the most important, and most sensitive, types of data is financial data - the IP addresses and transaction information that paint a detailed picture of how consumers spend or save their money. Financial services companies are able to use this data for things like fraud detection, customer segmentation, and risk management. Overall, 87% of companies think that big data will bring big changes to their industries by the end of the decade.

The EU recently finalized two sweeping new rules around data, the General Data Protection Regulation (GDPR) and its sister law, the Payment and Services Directive 2 (PSD2). Both changes have upended the financial services landscape on both sides of the Atlantic, and opened up opportunities for innovation. One main goal of PSD2 is to give consumers more control over their data, and the regulation includes a provision that lets startups access bank data in a secure fashion.

All of this has led to a new wave of fintech startups in Europe that are helping companies and individuals adapt to the new regulatory landscape. For example, London-based startup Cybertonica helps banks and e-commerce platform identify anomalous transactions. CoVi Analytics simplifies and automates the end-to-end compliance process for financial institutions through an A.I. powered SaaS suite.

A number of commentators have wondered if anything like PSD2 is coming to America. Probably not - at least not anytime soon. A 2012 “Privacy Bill of Rights’ proposed by President Obama died on the vine in Congress after getting attacked from all sides. Privacy advocates argued that the proposal did not go far enough and failed to give the Federal Trade Commission enough enforcement power, while many industry groups argued the bill would hurt innovation. There’s little indication that the new administration plans prioritize the thorny issue.

Still, investors in the US should be optimistic about startups that are innovating around how we use, analyze and protect financial data. The driving force for innovation in the United States will not be government, but rather human choice and the market itself.

This summer Village Capital, in collaboration with PayPal and MiddleGame Ventures, is looking to invest in startups that are harnessing financial data to make financial services more accessible, affordable, and transparent (applications close July 6).

Here are four market forces that we see driving financial data innovation in the US:

1. Cybersecurity and the growing need to protect financial data.

The explosion of financial data has brought with it unprecedented risk. The more that businesses rely on data to reach their customers, the more opportunities for breaches that can cause consumers massive headaches, legal costs and even hurt their credit scores. The Equifax breach was just the highest profile example of an epidemic: last year 551 organizations had their data breached, as hackers liberated more than 1.9 billion files containing the personal data of US citizens. Cybercrime is estimated to cause more than $600 billion worth of damage a year.

Like any social epidemic, cybercrime tends to do the most lasting damage to low-income communities that can least afford the financial shock. As Quartz reported, cybersecurity breaches put everyone at risk, “but consumers with less financial literacy—and fewer financial resources to absorb any resulting losses—are even more [at risk].”

For example, the average victim of identity theft incurs costs of more than $1,000, a devastating amount for the more than half of Americans who say they are not ready to cover an unexpected $500 expense.

Data can play a significant role in opening up the financial system to more people.

For instance, a full 1.5 billion people around the world cannot prove their identity - a necessary first step for any interaction with a bank. Banks have begun to use big data for KYC purposes, in order to decrease the risk and regulatory hurdles inherent in serving new populations.

Data has also helped banks reach customers who otherwise would have resorted to borrowing from a predatory lender. In 2015 there were 26 million credit invisible consumers in the US and billions of people around the world who have trouble getting even a small loan from a big bank. Old methods made it difficult for lenders to assess the creditworthiness of low-income applicants. New, “smart” data tools can provide new ways to prove that a customer has a reliable and credible income source.

3. Governments using data to maintain the solvency of the financial system.

Governments around the world have learned that they can use financial data to improve oversight of financial institutions and financial markets at large. This new sector, which some have defined as SupTech (“supervisory tech”), helps regulatory agencies digitize their regulations, improve data collection & submission, and analyze data about their population. Recently, the UK’s Financial Conduct Authority has even run a series of hackathons to bring together regulators and technologists to “unlock the benefits of technology innovation” around regulations.

I spoke about this to Patrick Pinschmidt, former Deputy Assistant Secretary of the US Treasury, currently an investor at Middlegame Ventures. “There’s a significant long-term opportunity to improve the flow of information between financial institutions, investors, and regulators," he said. "All three will benefit from increased transparency and real-time analysis of individual company and market-wide trends.”

New regulations mean that individuals now have more control over their personal data and choose how and when to utilize their data.

One of the responses to PSD2 was the creation of a new class of companies in Europe that help individuals package their data and use it for their personal benefit. Konsentus, for example, provides consent and preference management services to financial institutions, helping them comply with the new regulations and provide open banking services to their customers, “confident in the knowledge that they are only providing data to Third Party Providers (TPPs) who are regulated, and have their customers “explicit” consent.”

In the US, despite a lack of regulatory pressure, early innovators are starting to think about these ideas. We’re seeing early rumbling of companies that allow consumers to reclaim the benefits of their own data. There has even been an uptick in VC firms in the United States that are either partly or exclusively focused on regtech, like Middlegame Ventures and the RegTech Lab.

This summer Village Capital, in collaboration with PayPal, is looking to invest in startups that are harnessing financial data to make financial services more accessible, affordable, and transparent. Startups can apply to our program, Fintech US 2018, before July 6.

Following this space closely, we are excited about financial data innovation that will empower better customer experience without compromising data security.

I spoke to Pascal Bouvier of Santander InnoVentures about what he's seeing for the future of this space. “The financial services industry will rely more and more on massive amounts of data - both endogenous and exogenous to the industry - and the right data sets from the right partners, advanced data analytics and AI algorithms to analyze these data sets," he said. "One crucial aspect, for any finserv or fintech actor, will be to support their decisions based on how transparent and explainable data analytics and AI tools are. As an investor I will be following this space with keen interest.”

While national governments in Europe are driving innovation in the use and management of financial data, in the US, market forces are causing the same impact. Startups are acting as the impetus for transformative financial data innovation - and are serving as the bridge between private sector institutions and government as they work together to create a new world of data. 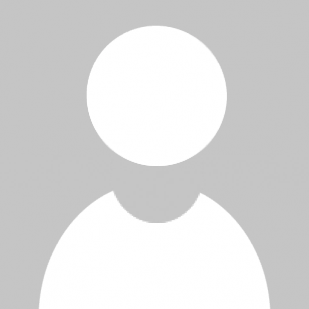